The project comes from the concept of IMPLUVIUM, a word from Latin language that defined the characteristic central pond in Greek and Roman houses, or “domus”, designed to collect rainwater, which was stored to be used in times of need. The water fell into the impluvium through a central opening in the ceiling called the compluvium, which also served to illuminate the rooms closed to this space.

The proposal described here is based on a reinterpretation of this concept, adapting it to the needs, shape and environment in which it is located, with the water as the main element in that space.

The reinterpretation of the impluvium takes us from a circular shape, which, in contrast to a more orthogonal scheme, gives the space greater fluidity, flexibility and naturalness when going through the different rooms.

Everything happens around the impluvium.

Although, apparently, the position of these prismatic volumes may seem random, the truth is that it responds to an integration with the environment in which they are located, trying to prioritize two fundamental items that are the views and the vegetation. That is why both the central circular volume and the prismatic volumes are placed, so as to respect the existing trees and vegetation and always without losing the wonderful views of the landscape and environment in which it is located. 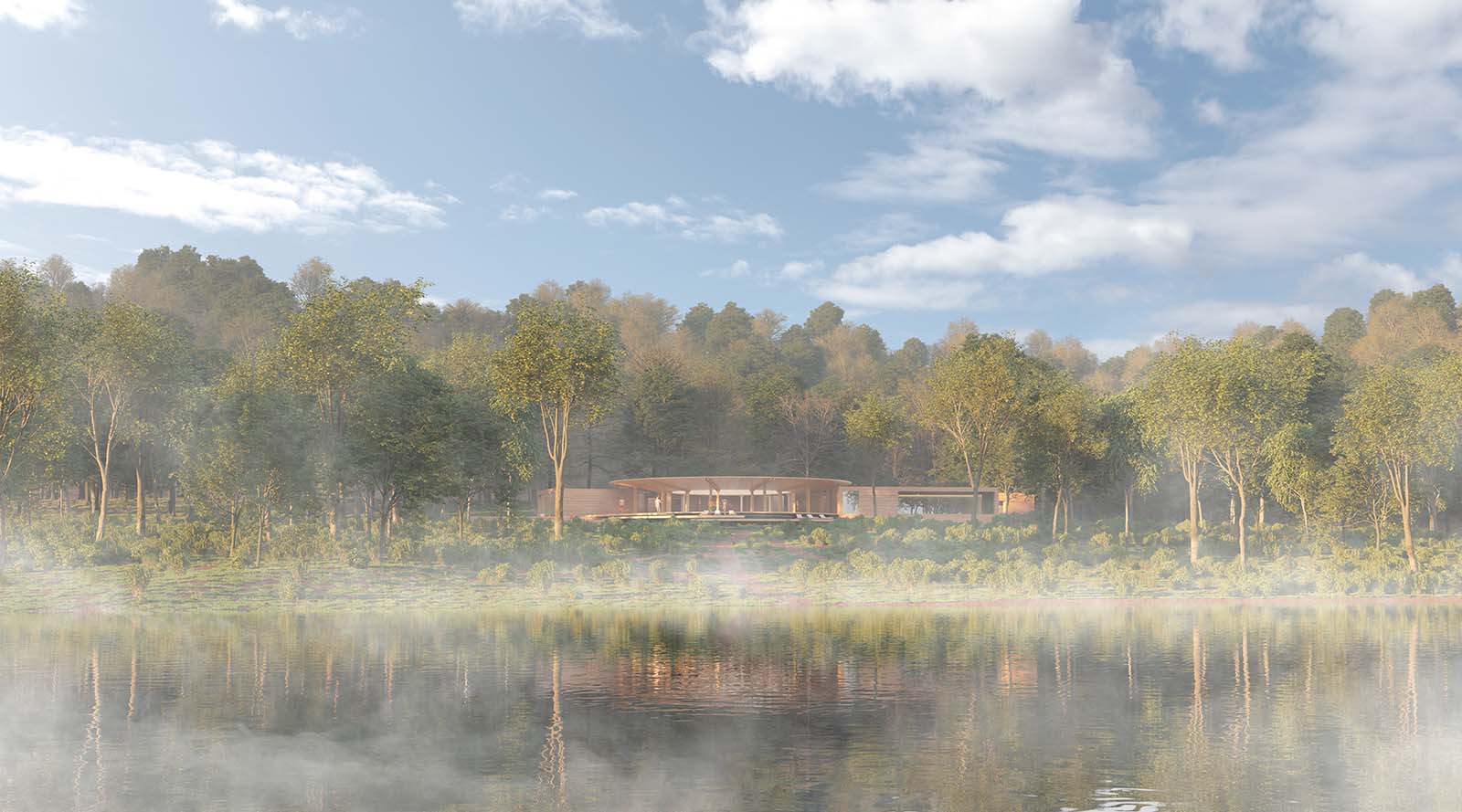 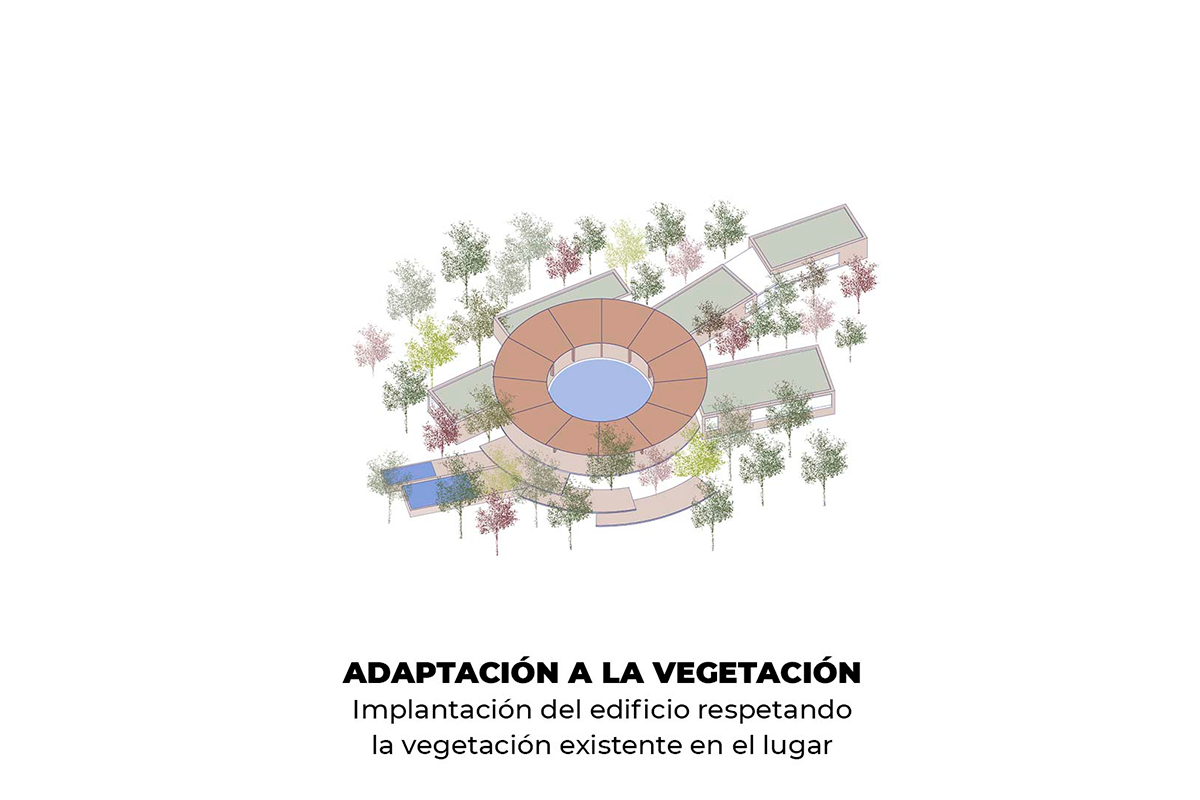 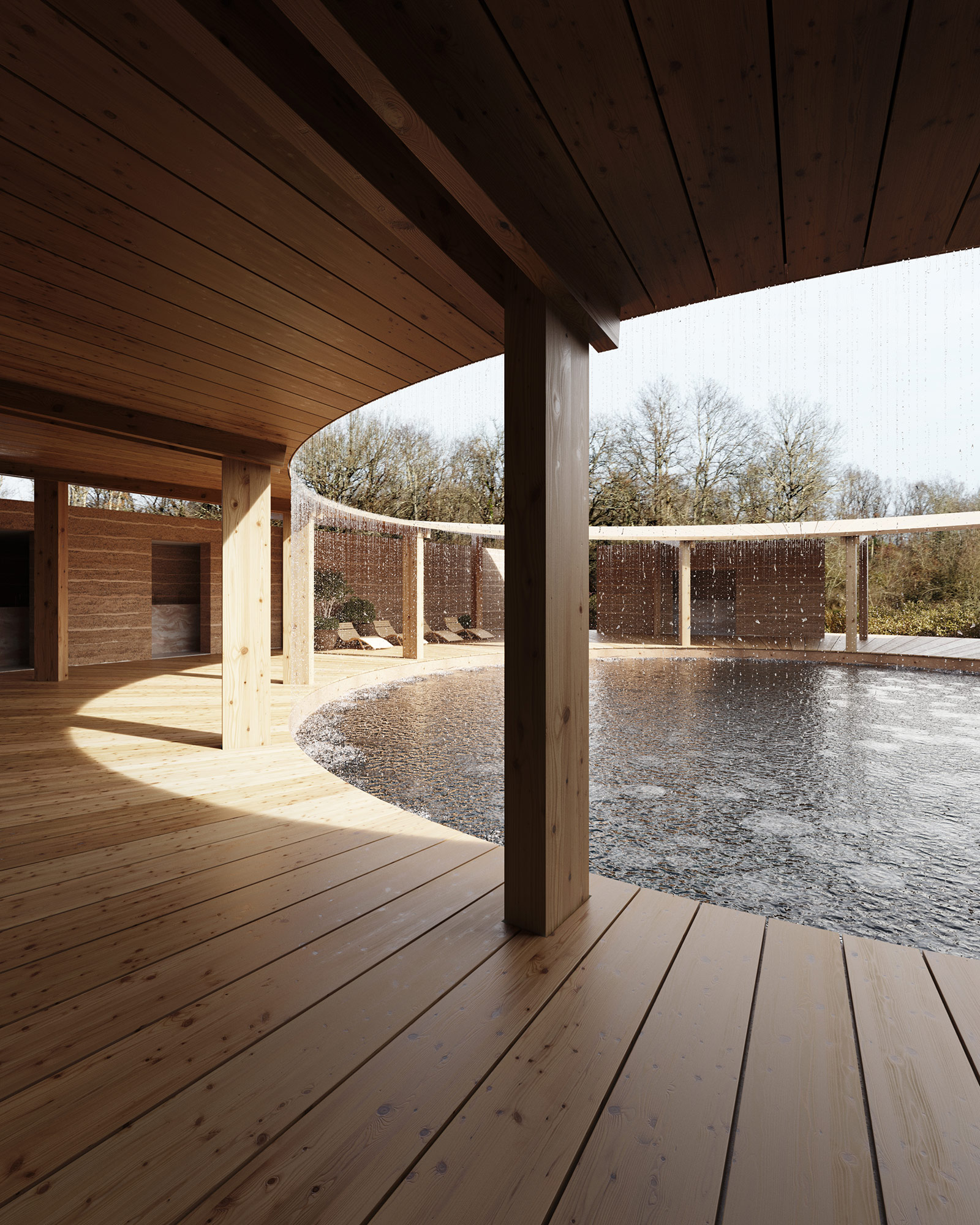 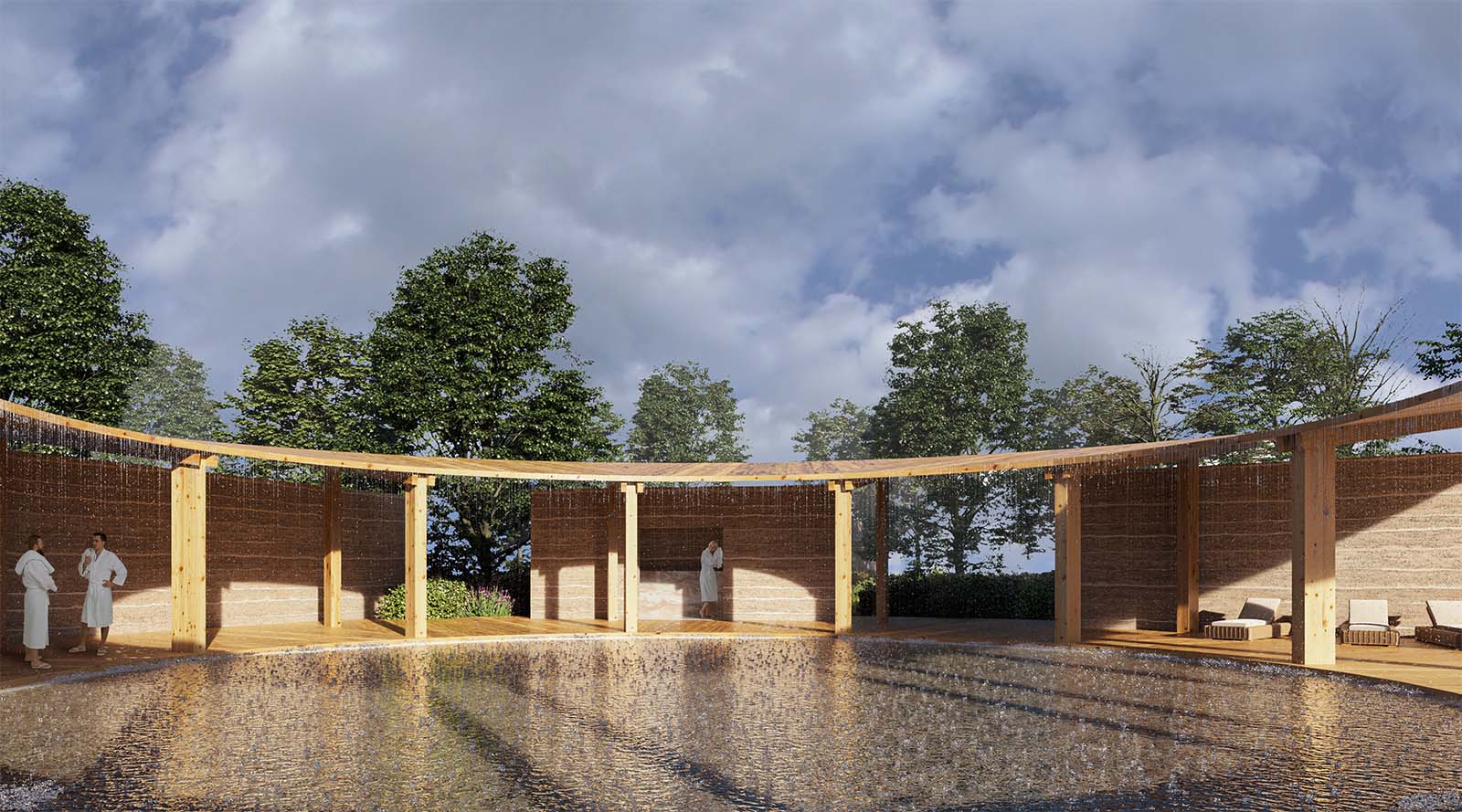 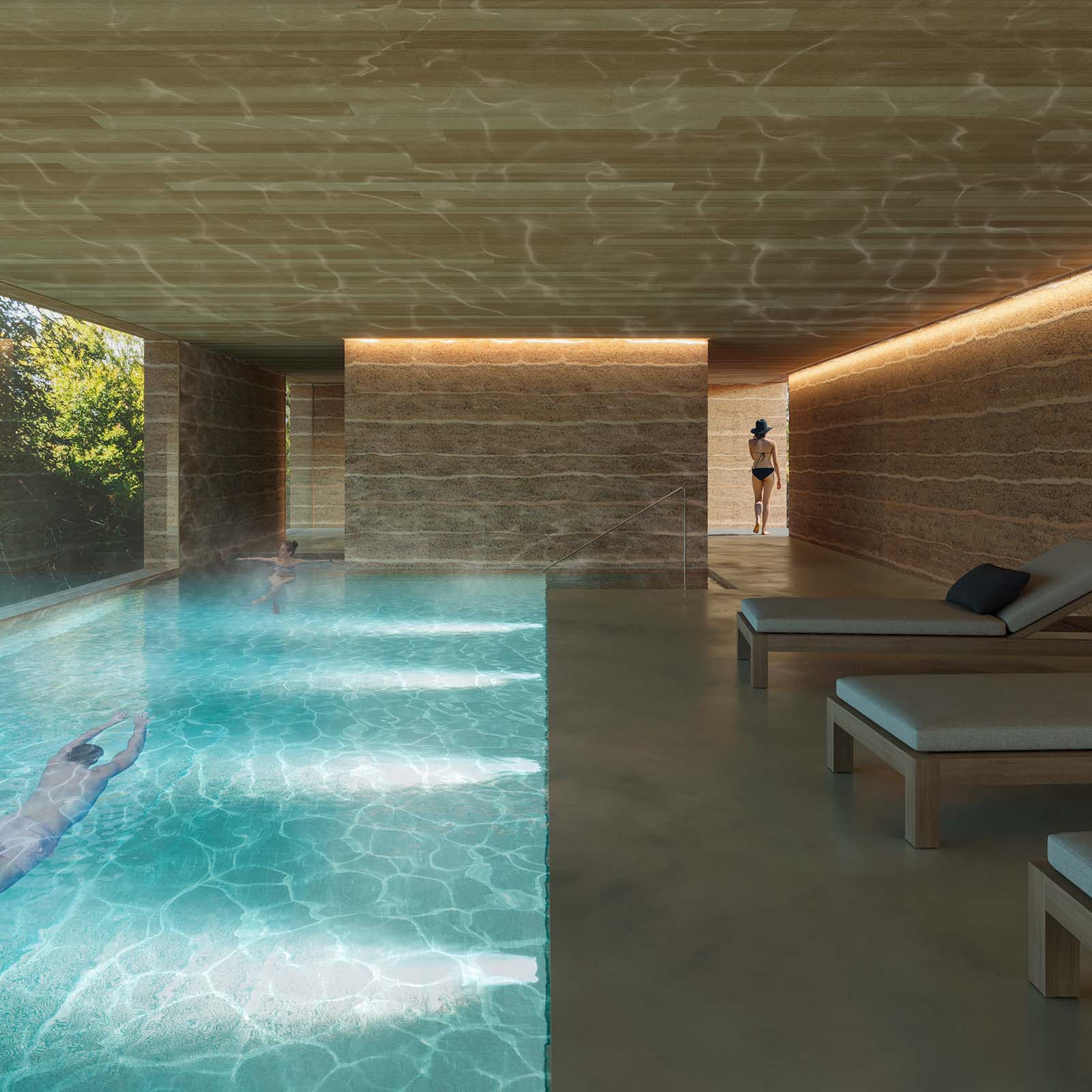