The Ciclando Carballo project for Senda nº4 between “Av. Malpica” and “Rúa Fábrica” seeks to improve the conditions of the bike lane that already existed in this section.

The existing scheme, where the bike lane was located between the road and the car park, posed a risk to road safety for cyclists. In addition, the lane had several unconnected areas and without any type of signage that would allow users to easily identify it.

Our proposal is based on a series of actions that are as follows:

The main objective of this intervention is to reorder the current hierarchy of the road, exchanging the bike lane with the parking line, so that pedestrians – bikes – cars are separated.

The new bike lane runs between the sidewalk and the parking lot, painted and with new road markings to improve safety. In addition, the unconnected points are completed to close the section of Avda. Malpica and Calle Fábrica and connect it with the rest of the paths.

A separating element is proposed that serves to highlight the limit between cars and bicycles, thus improving road safety conditions. To do this, a landscaped lattice is used that also serves to introduce the plant element throughout the section.

The new car parks are located close to the road, so that cars never have to invade the bike lane. In addition, each parking space is delimited with new road markings.

The City Council of Carballo applied the speed limit of 30 km/h on the circulation routes of the urban nucleus, this section being within this limit, which fits in with the objective of this intervention when it comes to sharing space between cars and cyclists.

A line of tree pits and trees is implanted on both sides of the street, occupying the car park strip. These, in addition to adding vegetation to the section, are used as deterrents for car users when respecting speed limits

The result is a combination of different strategies and elements focused on improving road safety for both cyclists and pedestrians. The continuity of the bike lane throughout the section, as well as the paintings and the new signage, make it more attractive and make it more intuitive for users. 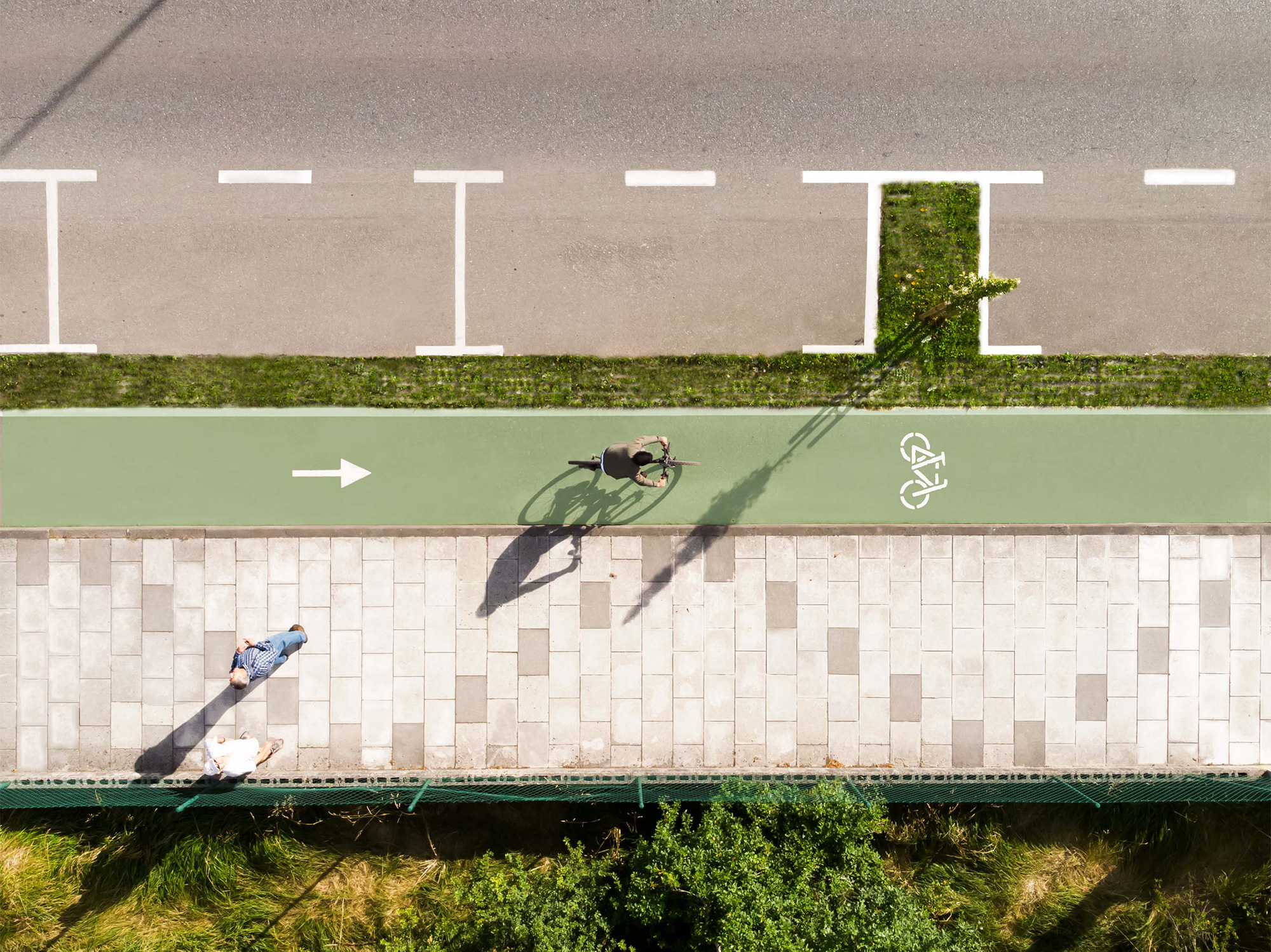 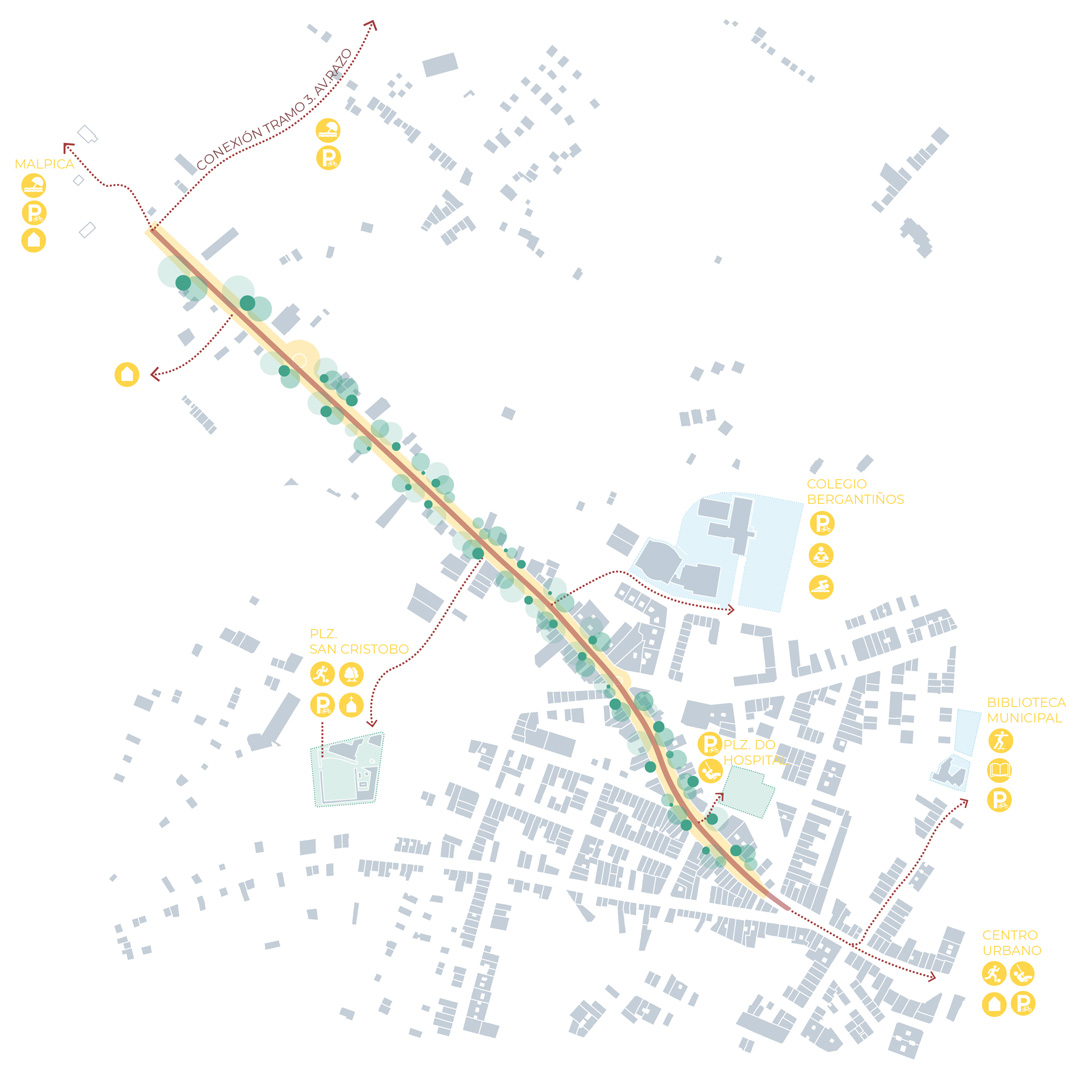 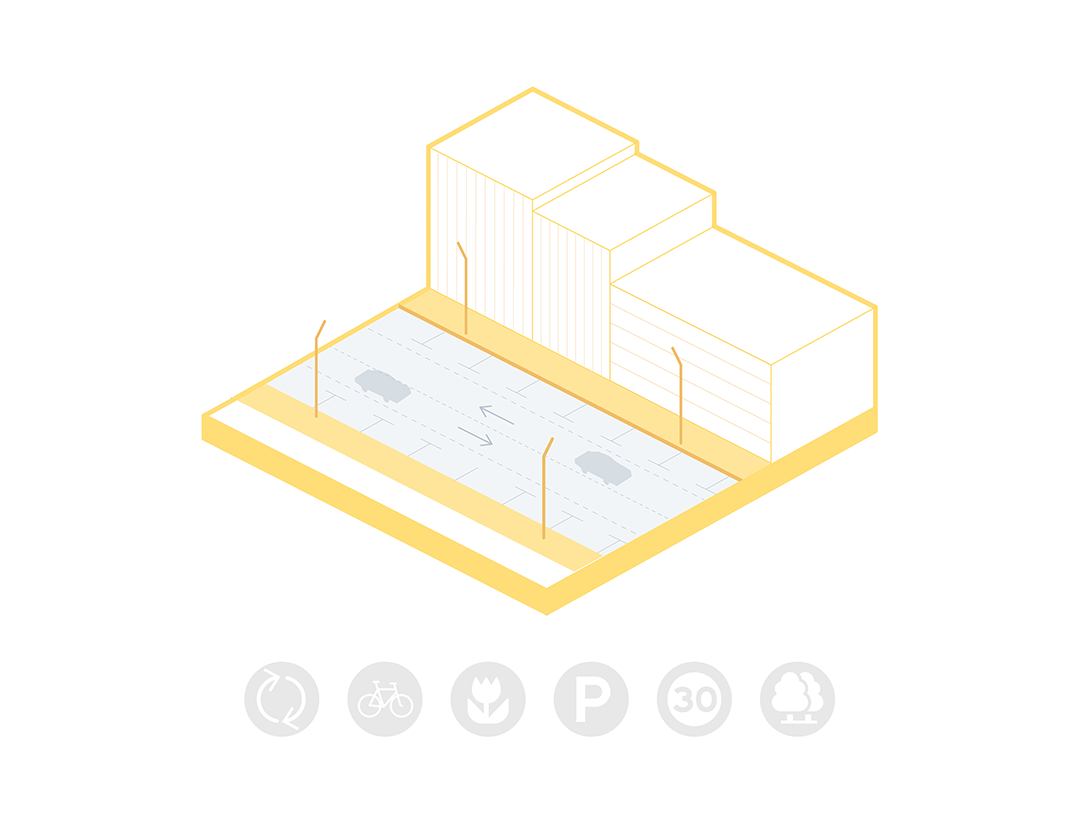 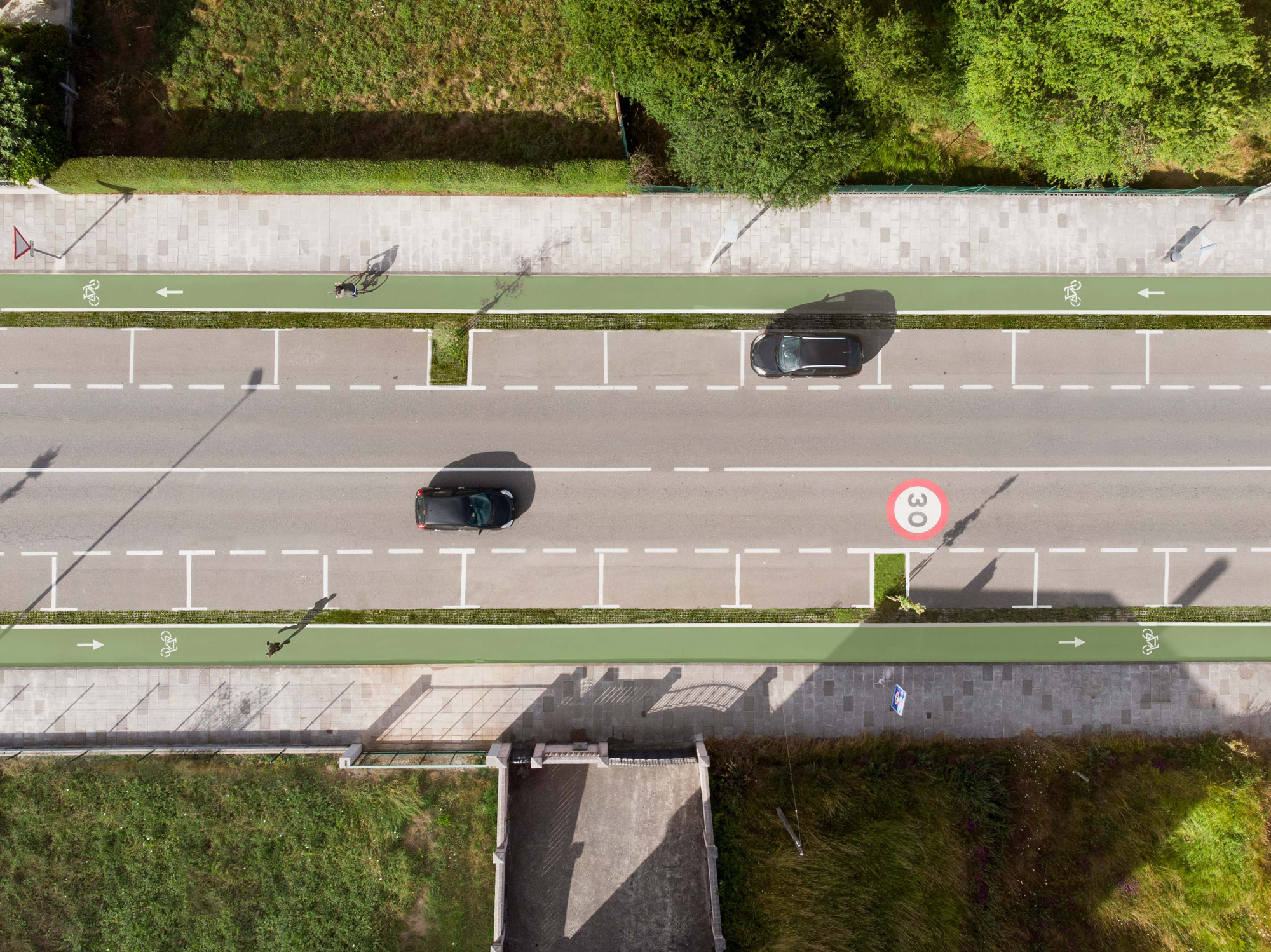 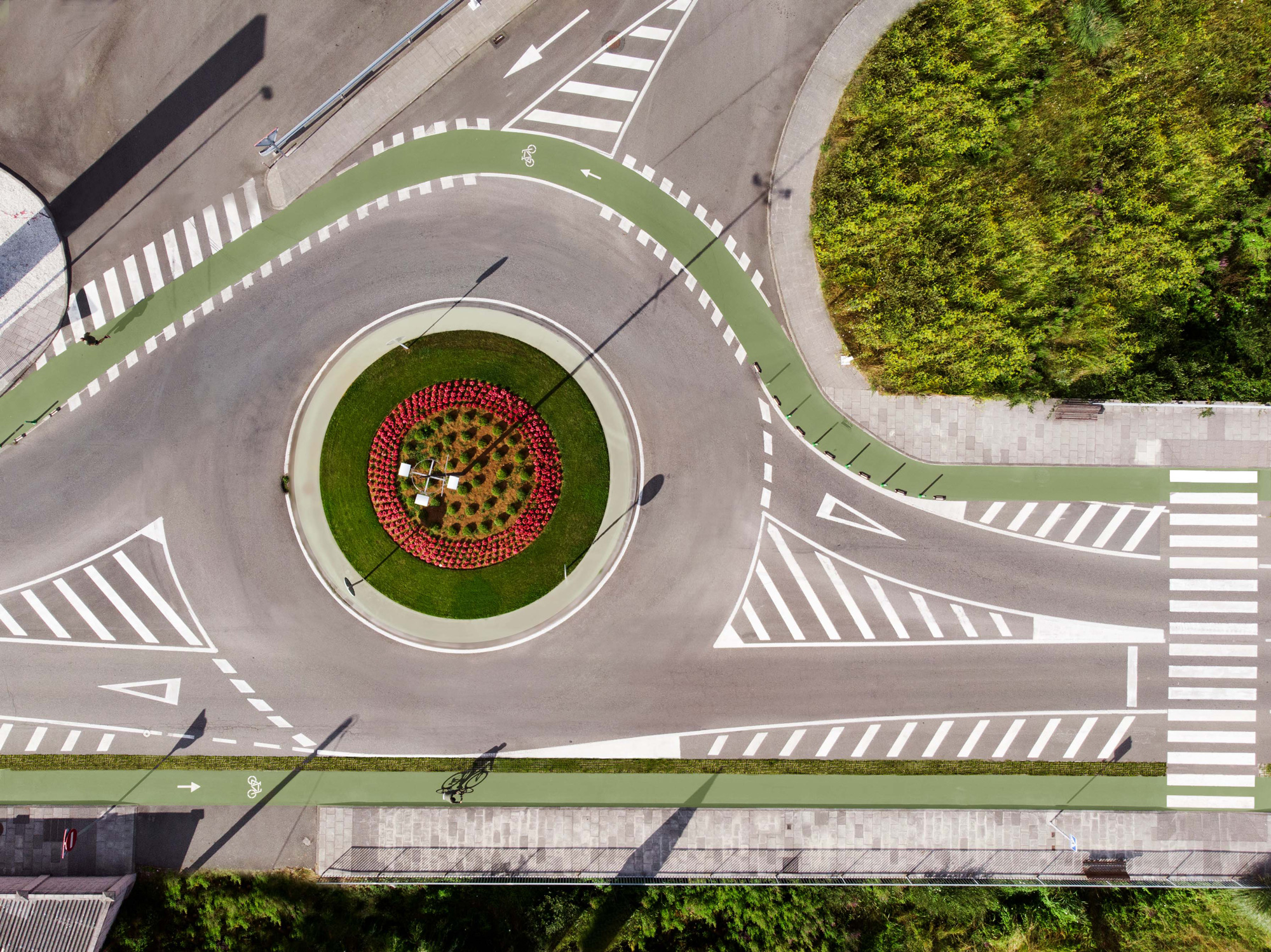 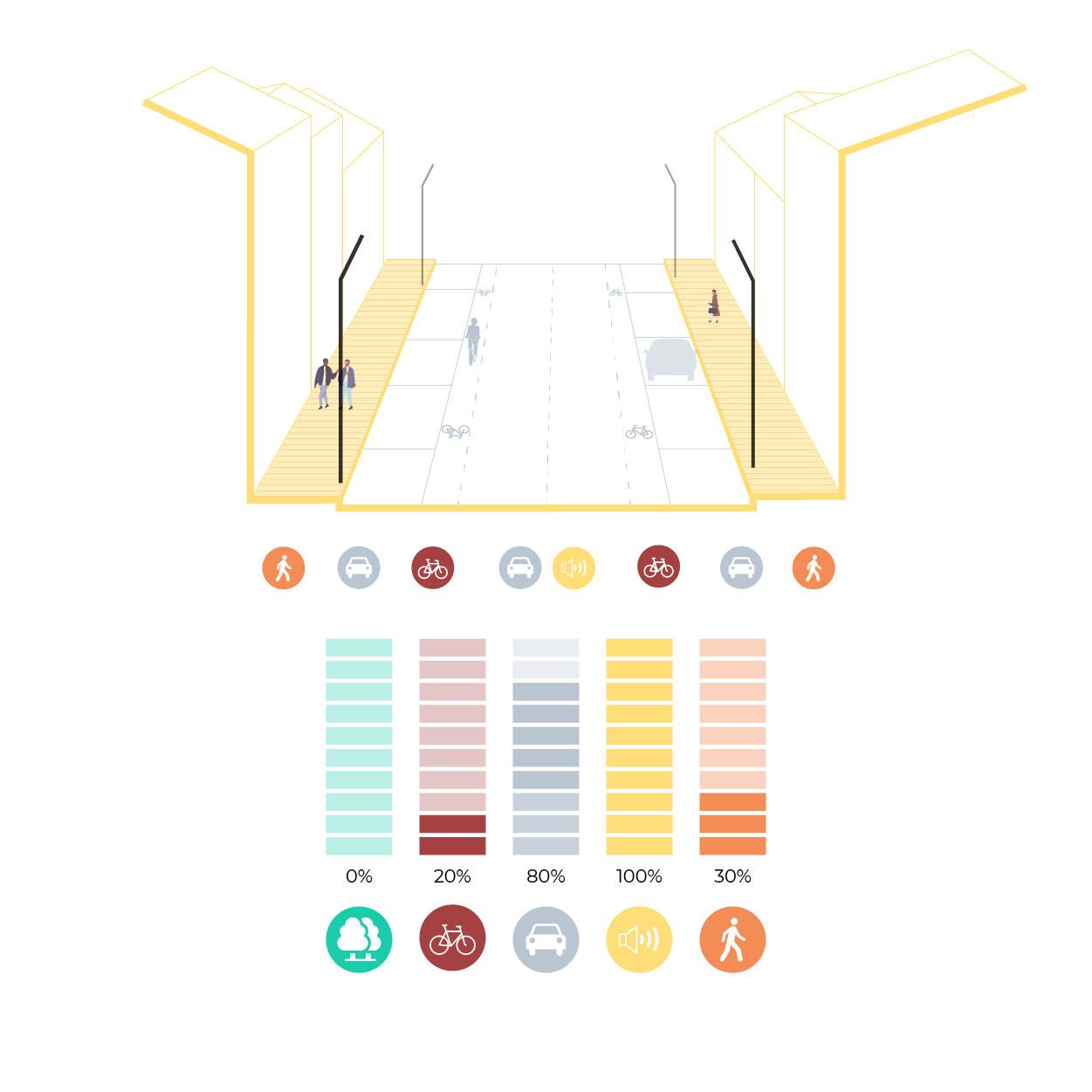 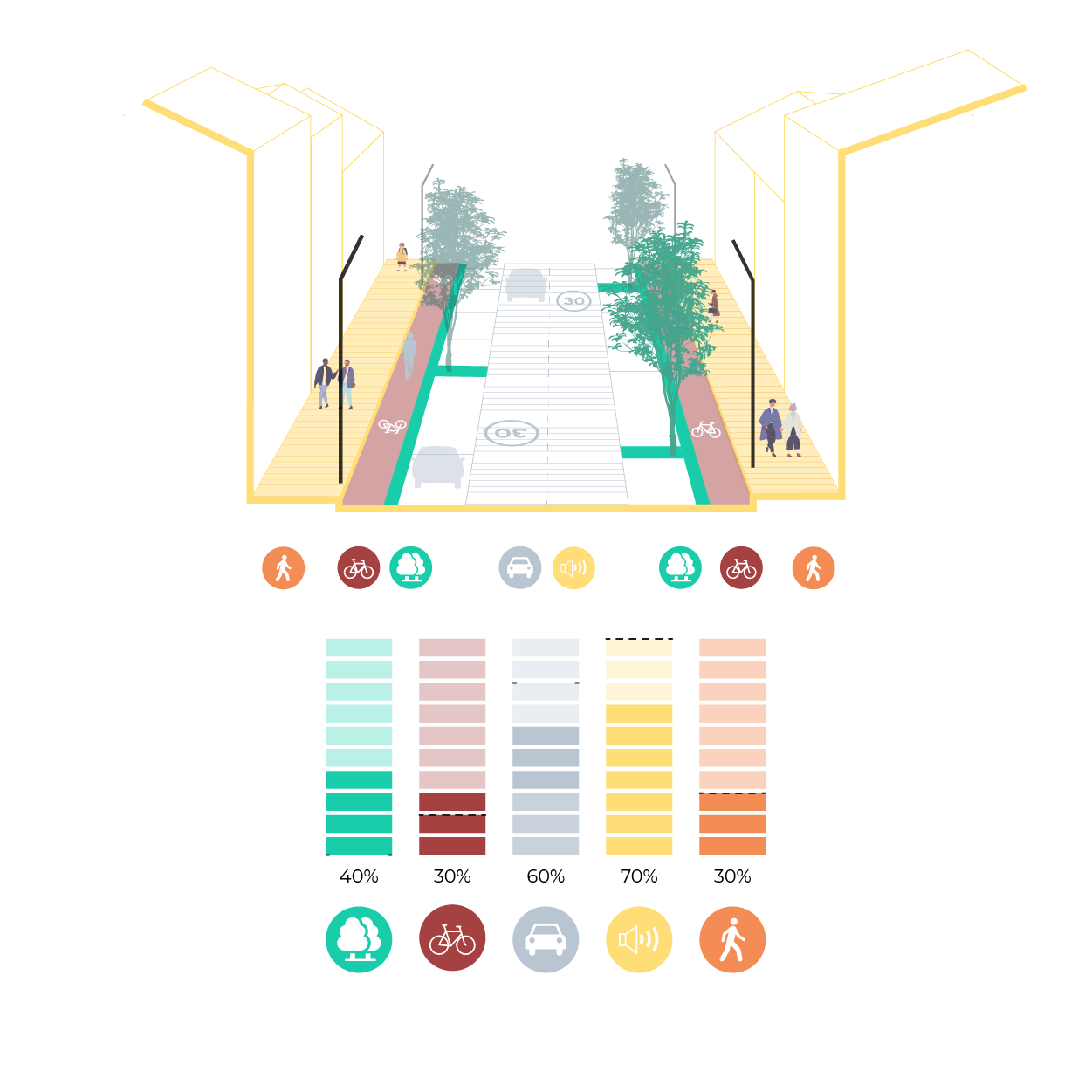